The need for protection and privacy for internet users increasing day by day. The Government agencies, Internet Service Provider (ISP), and Corporate networks are tracking you and storing your personal information for various reasons. Cyber Criminals and Hackers are attacking and hacking so many computers and websites every day. The demand for protection and privacy is increasing day by day. One of the finest ways to protect our privacy is VPN.

ExpressVPN is started in 2009, with so many VPN’s already in the market. Today they are one of the leading VPN services in the market with a good name. We analyzed their service and here is our Review.

ExpressVPN supports all the major protocols available including OpenVPN (TCP and UDP), L2TP via IPsec, PPTP, SSTP. OpenVPN is widely accepted as a secured protocol in the Industry. ExpressVPN uses a 256-bit encryption protocol to secure the network. OpenVPN which is 256 bit encrypted is the default protocol. It protects the user’s identity and blocking the hackers or virus scripts to break through your IP address with its 256-bit encryption. Particularly using the internet through public WiFi hotspot can be open the door for hackers to steal your personal information from the Computers or Mobile phones. With the ExpressVPN, you can secure your personal data with the encrypted protocols.

ExpressVPN has Zero logging policy. None of the internet activity of the users is stored and maintained by them at any time. Other VPNs based on the US, UK, and the European Union are subjected to the laws of their land that required to store the logs of their subscribers and have to submit it to the Government on notice. ExpressVPN is registered in the British Virgin Islands in the Caribbean, where there is no such law to keep the logs. By this way, our privacy is protected to more extent. ExpressVPN has the option to get subscribe using bitcoin, in which the only email is enough to subscribe. None of your other personal information is needed if you pay using bitcoin. You can hide your name, country, credit card number, and more using bitcoin. Anyone too concerned about privacy can use these options to go anonymous.

ExpressVPN unbelievably has servers in 78 plus countries with more than 97 city locations worldwide. Server switching is also unlimited, so this is one of the rare VPNs to give such a huge list to choose from. Almost all the major countries are added to their list. So, there is no worry about watching a TV show or getting access to a website that is limited to a particular country. If a particular country that you selected has more than one server location, you will be asked to choose the server location you prefer to use.

ExpressVPN is considered as one of the fastest VPN available. There is no doubt in that as we seen the growth of ExpresVPN in recent times. Their subscription number is growing too fast as their network is providing a high-speed connection. The speed test also proved the fact. You can get the maximum speed while using PPTP protocol which is using 128-bit encryption. While using OpenVPN and L2TP protocols which are using highly secure 256-bit encryption, you may feel the small difference in speed when compared to PPTP protocol.

ExpressVPN supports almost all kinds of devices. Also providing separate apps for each kind of device to ease the connection functions and setup with few clicks. They provide support for Windows, Mac computers, Android, iOS devices, WiFi Routers, Playstation, Xbox, Apple TV, Amazon Kindle Fire, and many more. So, you can use ExpressVPN to protect your privacy on any device you use.

In Android-based devices, there is a serious issue of lack of protection over the personal information and privacy is roaring around. ExpressVPN provides an app for Android to ease the use of a VPN.

Before using the client apps, you need to sign up with the ExpressVPN website. It is very simple. you need to give an email ID and payment method and then have to confirm the mail to open the account.

How to use Windows ExpressVPN Client?

Download and install the Windows client from the ExpressVPN website after sign up. After the installation, login into the client and copy and paste the verification code you got in your account in ExpressVPN.

In the settings page, you have options to choose the protocols. The default option is “Choose Protocol Automatically”. In the options, you can choose UDP OpenVPN, TCP OpenVPN, L2TP-IPsec, PPTP, and SSTP.

The Windows client is as simple as it is easing your work in connecting to a VPN.

ExpressVPN only has one plan and that contains all of its unrestricted features within. You can choose the number of months you are going to pay. Also, the price varies based on the billing method.

The best price comes with a 12-month plan which is $8.32 per month. 30 Days money-back guarantee also available in case you are not satisfied with the results.

ExpressVPN is not the cheapest VPN when compared to other VPN providers. But, their high-level security and protection, Privacy, platform availability, Customer Support and a number of countries to choose server are of top-class when compared to the other cheap priced VPN providers. Their service is already acclaimed by so many users and reviewers. ExpressVPN is very reliable, fast, and easy to use VPN with high-level protection. You got what you want and what they promised without any flaw. The main advantage of using ExpressVPN is, it is a very well established VPN. We recommend ExpressVPN for your online privacy and protection needs.

ExpressVPN supports all the major protocols available including OpenVPN (TCP and UDP), L2TP via IPsec, PPTP, SSTP. OpenVPN is widely accepted as a secured protocol in the Industry. ExpressVPN uses a 256-bit encryption protocol to secure the network. OpenVPN which is 256 bit encrypted is the default protocol.

We really like ExpressVPN performance, the user interface pretty simple to understand. It offers a 30 Day Money Back Guarantee; you feel totally satisfy by the demystifies the process of encrypting your online activity. 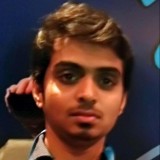 A geek with knowledge in Virtual Private Networks and their workflow. Completed MBA, trying to pursue dreams and spread knowledge through his articles.